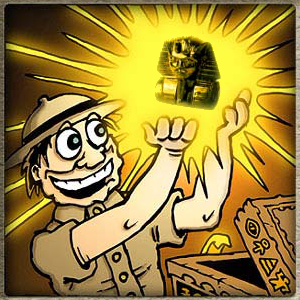 INSTALL APP Found in: games, puzzle, trivia
The goal of Mummy Maze game is to make your way through the treacherous chambers of an Egyptian pyramid to claim the treasure waiting at the top. The only problem? The pyramid is riddled with traps, infested with deadly scorpions, and haunted by relentless mummies.

click the 3 dots and then "pin to start" to bookmark !